Ewes can be programmed to produce lots of embryos which can be transferred into "recipient" ewes.

The programme can be carried out on farm by the owners or on centre by our technicians (usually with the owner putting the first sponge in and then bringing the donors to us a week later).

Recipients are always programmed on farm and brought on the day of the flush.

Smaller numbers of donors (4 or less) usually need to be ai'd/flushed on centre due to the volume of work at peak times of the year. They can still be programmed at home. 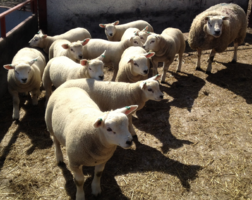 this term is often used incorrectly instead of embryo